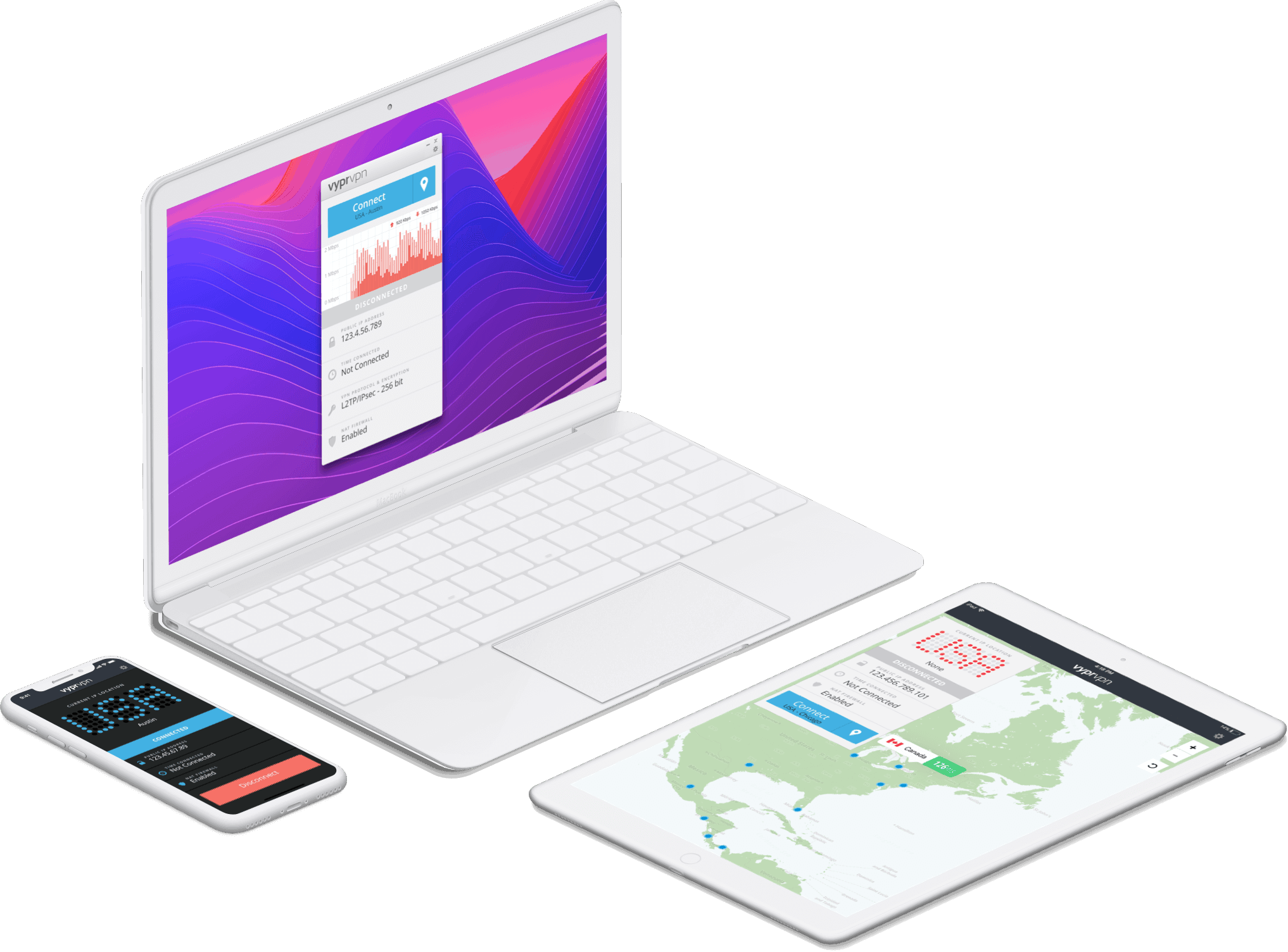 VyprVPN is a Swiss-based Virtual Private Network (VPN) provider that was founded in 2011. The provider claims over 2 million customers worldwide.

The provider bills itself as the “Most Trusted VPN Service,” and it offers a reliable way to protect your online activities from prying eyes while enhancing your access to blocked content around the globe.

I’ve assessed the provider’s claims by running it through a battery of tests, which revealed the answers to questions such as:

Stay tuned, as I’ll answer these questions and many more. I’ll also deliver an overall look at the service’s offerings, including the “premium” level of service they offer.

Is VyprVPN for You?

VyprVPN delivers fast, well-protected connections, a strict no-logs policy (which an independent auditor has confirmed), and much more.

A 30-day money-back guarantee is available for both subscription tiers.

VyprVPN is a valid option for users looking for just a bit more protection than usual while using the internet. The provider’s Chameleon protocol and self-owned and -operated servers add that extra layer of protection, although at a higher price.

VyprVPN offers protection for the most popular device platforms. Mobile, desktop, and even television platforms are all covered.

The service offers native app support for iOS, Android, Windows, and macOS devices. It also offers an app to protect your Android TV.

No browser extensions are available. Router coverage is available for routers flashed with Tomato firmware. 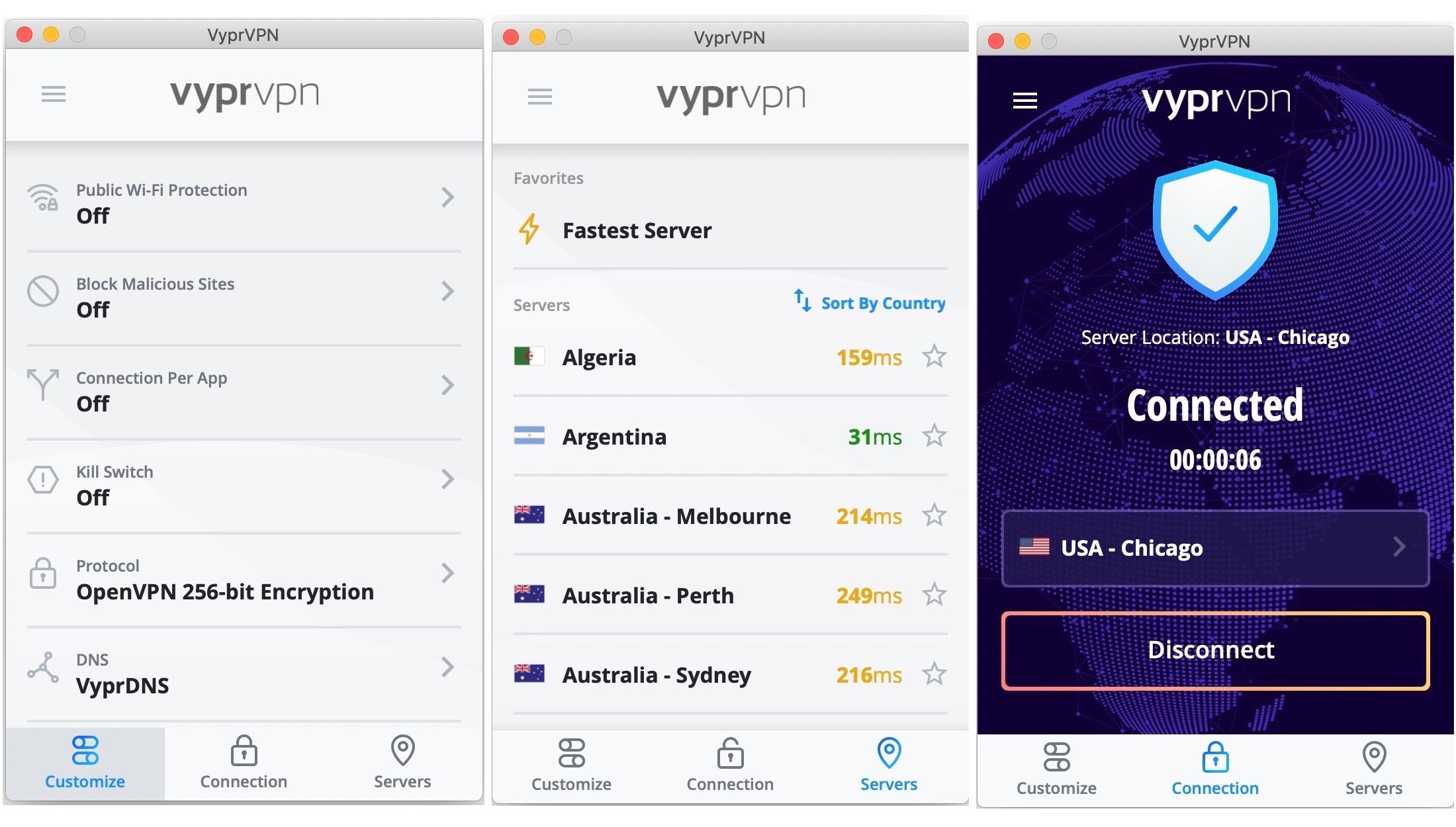 VyprVPN’s apps provide outstanding protection. Users’ connections are protected with military-level encryption, as well as a kill switch. The apps can be set to connect whenever an untrusted Wi-Fi network is detected, and they can also block any malicious websites.

I found the app to work well and to provide reliable, fast connections that stood up well to whatever I threw at them. The app wasn’t hard on my devices’ system resources. 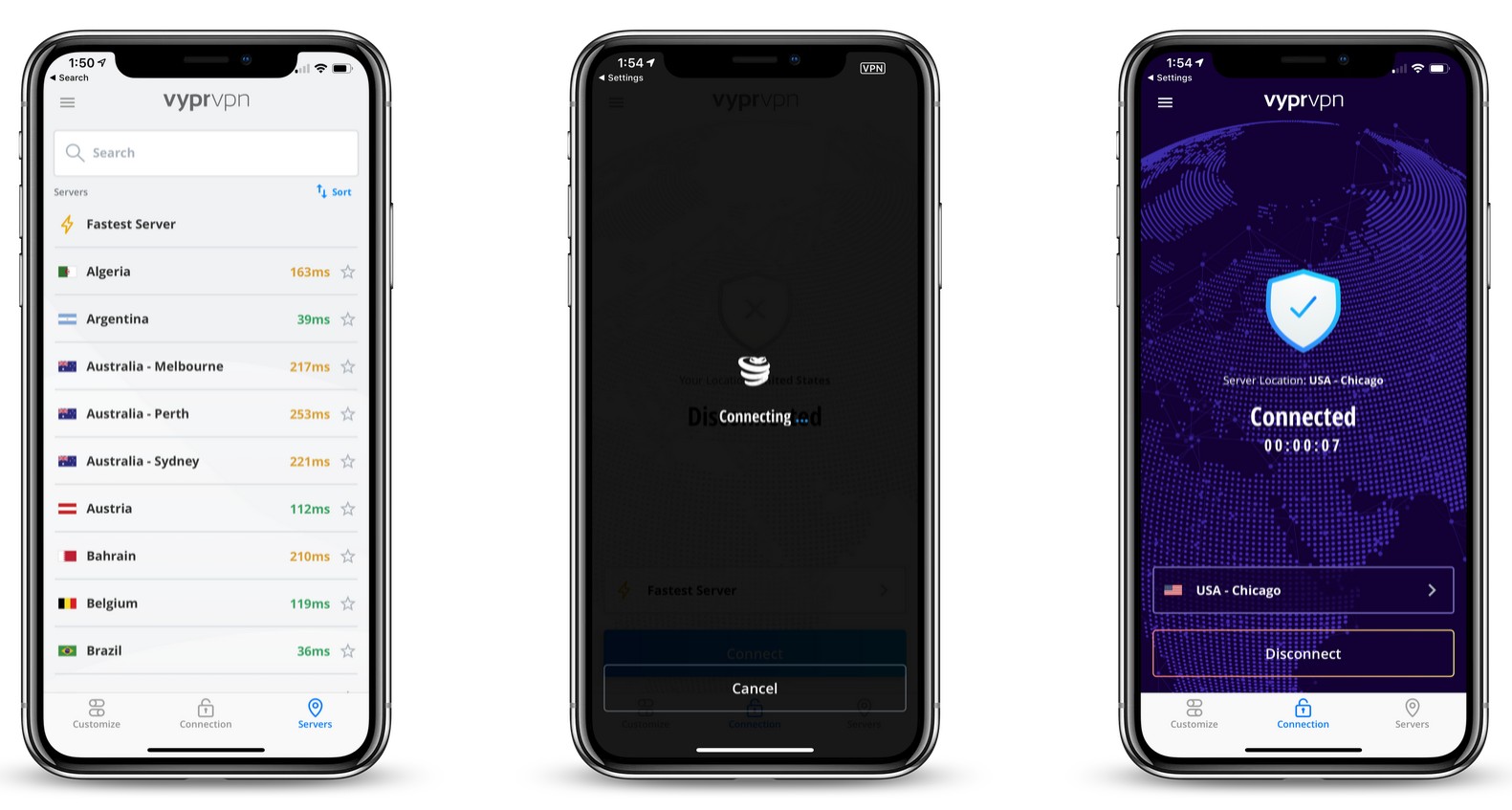 You can concurrently connect up to 5 devices to the VyprVPN server network using a single username.

At the time of this review, the VyprVPN server network consisted of 700+ servers in 64 countries. The provider owns and operates all of its server farms. (I’ll explain in the Security and Privacy section just what that means to you.)

The provider says it treats all of the traffic on its server network equally and doesn’t block any ports, meaning P2P file sharing is allowed on all of its servers.

VyprVPN’s knowledgeable support staff is available to answer questions around the clock, with 24/7 live support, a trouble ticket submission system, and a searchable support library.

Arguably, one of the most popular uses for a VPN is to allow access to content in other parts of the world, content that would normally not be available in a user’s region.

This includes gaming content, as well as streaming video and audio content from such players in the industry as Netflix, Spotify, BBC iPlayer, and many others.

In the early days of streaming and VPN services, it was a simple thing to unblock a streaming service by using a VPN.

However, as streaming providers faced increased pressure from content providers to restrict access from outside of designated areas, they began to block VPN users by blocking the VPN’s IP addresses from connecting to their streaming servers.

Now, one of the most important features to consider when searching for the right VPN provider is whether or not it reliably unblocks content from the major streaming providers.

VyprVPN’s unblocking powers are a mixed bag. When it comes to Netflix, the VPN does an acceptable job of unblocking content from both the United States and the United Kingdom.

The provider doesn’t have any designated streaming servers in place, so you may find that you need to try a few servers before you gain access. As far as other countries go, I tried Australia, France, and Germany, and I was turned away by Netflix’s servers.

Amazon Prime Video in both the U.S. and U.K. proved to be accessible while using VyprVPN, as was BBC iPlayer in the U.K.

While testing streaming providers with this VPN, I found that streaming began almost immediately, with no stuttering or pixelation, which I’ve experienced while using some other VPN providers.

VyprVPN provides above-average protection for your online activities, offering a level of protection not found with most other VPN providers.

As previously mentioned, the provider’s apps offer a kill switch, the ability to connect whenever an untrusted Wi-Fi network is detected, and the ability to block any malicious websites.

The provider uses military-level encryption to keep any third parties from detecting your online antics. The provider uses the OpenVPN, L2TP/IPSec, and PPTP protocols. In addition, premium users have access to the company’s proprietary Chameleon protocol.

VyprVPN’s proprietary Chameleon protocol is available to premium subscribers. Chameleon works with the OpenDNS protocol to defeat VPN blocking by disguising it as normal internet traffic.

Unfortunately, the provider does not accept Bitcoin or any other form of cryptocurrency, missing out on an opportunity to offer another layer of privacy protection.

However, the service makes up for it by offering protection not found with many other VPN providers.

VyprVPN owns and operates all of its own server farms, removing any third-party contractors from the equation, who might normally have access to your information.

A team of 3 of us perform all VPN connection speeds tests using a gigabit Ethernet connection on a server that is based in the U.S. We perform the tests using the Windows version of the provider’s app, and connect via OpenVPN over UDP.

We run the tests by connecting to 3 VPN server locations – in the United Kingdom, the United States, and Hong Kong. For 3 days, we run the tests 3 times per day, with at least 4 hours in between each round of tests.

VyprVPN’s average connection speed of 44.2 Mbps should be up to handling any of your favorite online activities. Gaming, P2P file sharing, streaming HD video – all of these should be smooth sailing.

VyprVPN’s pricing scheme is a bit different from most VPN services, as they offer two levels of service, and they offer both of those tiers as a monthly and an annual subscription.

The basic VyprVPN subscription offers VPN protection for up to 3 devices. The basic plan brings a monthly charge of around the price of a video streaming subscription. If you subscribe annually, the charge is around half that per month.

In addition to the same VPN protection offered in the basic plan, the VyprVPN Premium plan covers up to 5 devices and includes the Chameleon Protocol and VyprVPN Cloud. The latter option offers users their own dedicated business VPN server (with a dedicated IP) and the ability to connect to existing apps and programs, like Salesforce.

The basic subscription tier is the recommended option for single or family users, while small business owners might want to take a close look at the premium tier.

A 3-day free trial and a 30-day money-back guarantee are available for both plans.

VyprVPN is an optimal solution for users looking for a powerful VPN provider that offers advanced options for business users who are looking to better protect their important online business-related activities.

However, for single users and users with families, there are better options, including those listed below.

NordVPN is also a well-established, well-respected VPN provider, delivering a high level of service at a reasonable price.

Surfshark delivers 4K-capable connection speeds, reliable service, and much more, all for a bargain-basement price.

The provider boasts 3,200+ servers located in 65+ countries. It offers an unlimited simultaneous connections allowance, making it an attractive option for users with large families or small businesses.

Surfshark charges a bargain price for its premium services, with a multi-year subscription price averaging in at the cost of one small coffee per month. (Depending on which coffee shop you go to.)