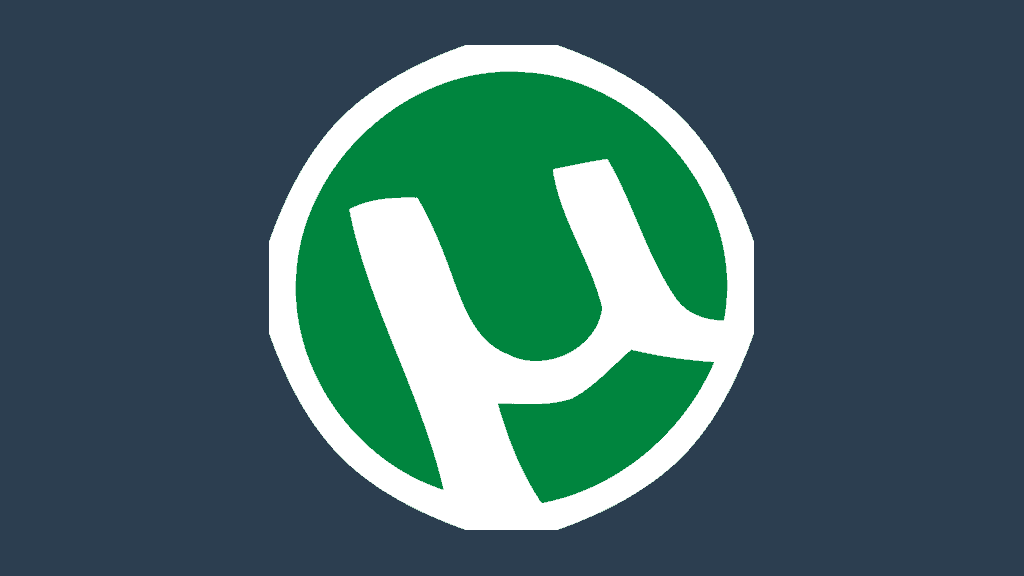 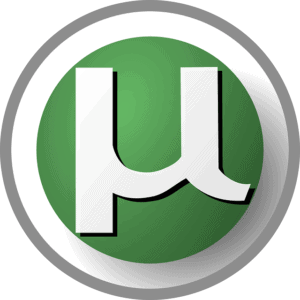 Torrenting is a massively popular method to download the latest movies, TV series, music, books, games – you name it.

The popularity of torrenting is mainly driven by the fact that it’s free. All you need is a computer and an internet connection to download and share files!

That being said, there are some important questions to ask about torrenting, such as whether torrenting is illegal, whether it’s safe, whether or not you could get caught and many more.

In this guide, I’ll give you the definitive answer to all of your questions and discuss the issues associated with torrenting.

Normally, when you download a movie or video to your device, you press the download link and your computer connects to the server of the file for the download to start. This means that you’re downloading a file from a single server.

Torrenting works differently compared to this method of downloading files. That’s because a torrent breaks up one large file and splits it up into many different, smaller files.

Instead of downloading a file from one server, torrent software applications such as BitTorrent or uTorrent connect to a large number of other computers based on the principle of peer-to-peer (P2P) file sharing.

Torrent software allows you to download small pieces of a file from every computer in the P2P network. 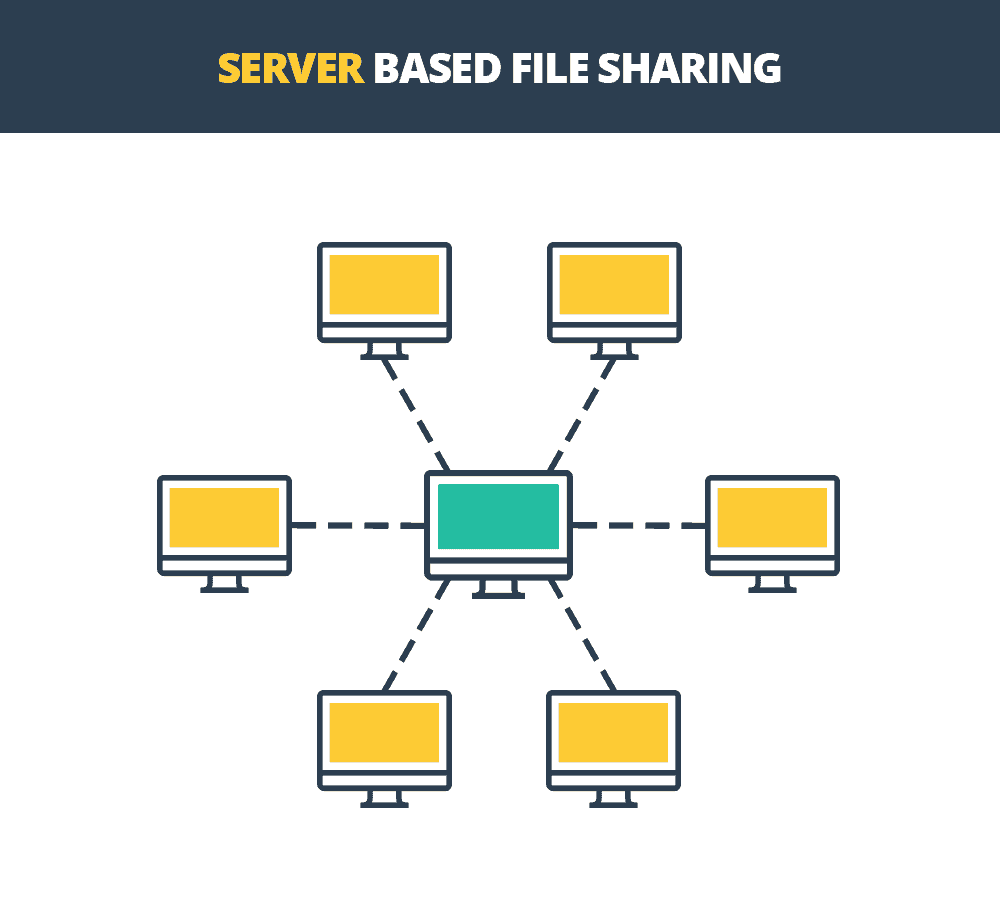 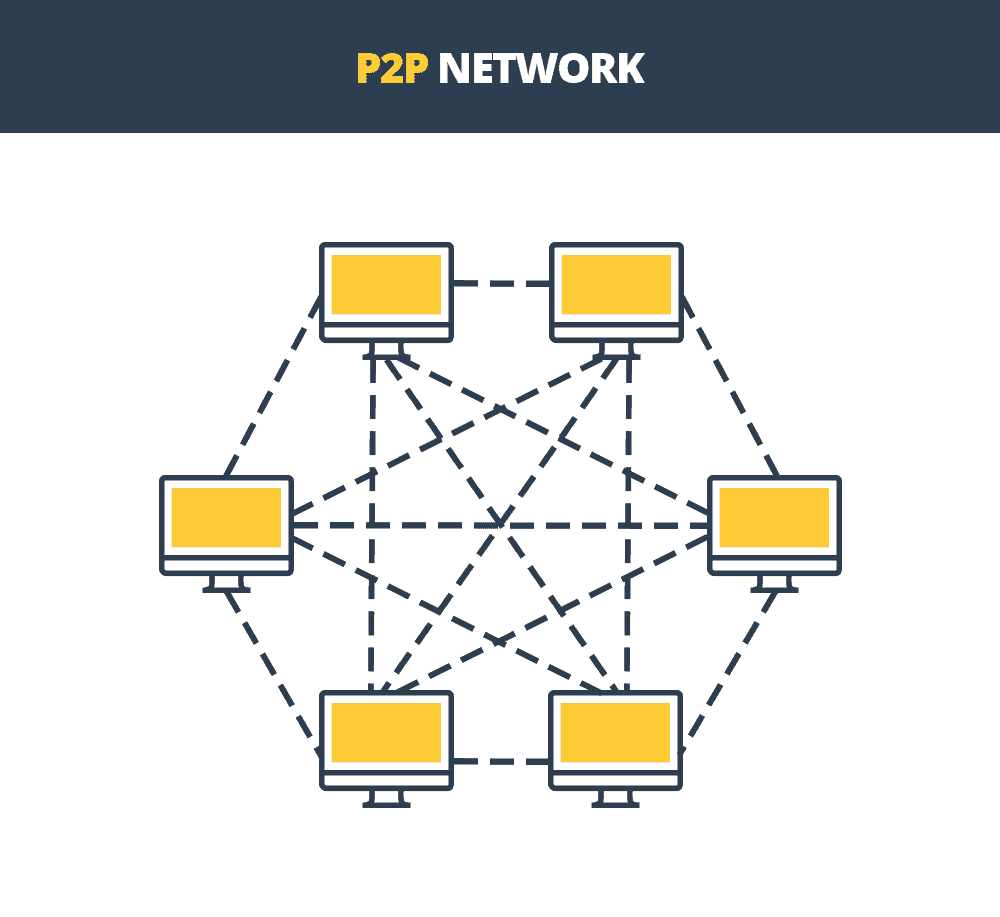 Before the existence of P2P torrent networks, copyrighted files were stored on a single server. Websites hosting copyrighted material on a server were easily traced by government institutions and shut down.

Peer-to-peer networks provide a highly decentralized environment to store files, which makes it immensely more difficult for authorities to shut down the process of file sharing because there isn’t a central server hosting the files.

How Do Torrents Work?

The technical process of torrenting consists of sharing small files, which are also referred to as “packets.” This process is divided into two parts: leeching and seeding.

You are a leecher when you download a file, plain and simple. But, the term is sometimes referred to in a bad way, when people stop uploading a file after they’ve completed the download and therefore don’t help other leechers out.

However, most torrent software disallows users to disable the upload limit entirely. As shown below, the minimum upload speed in uTorrent is 5 kB/s. 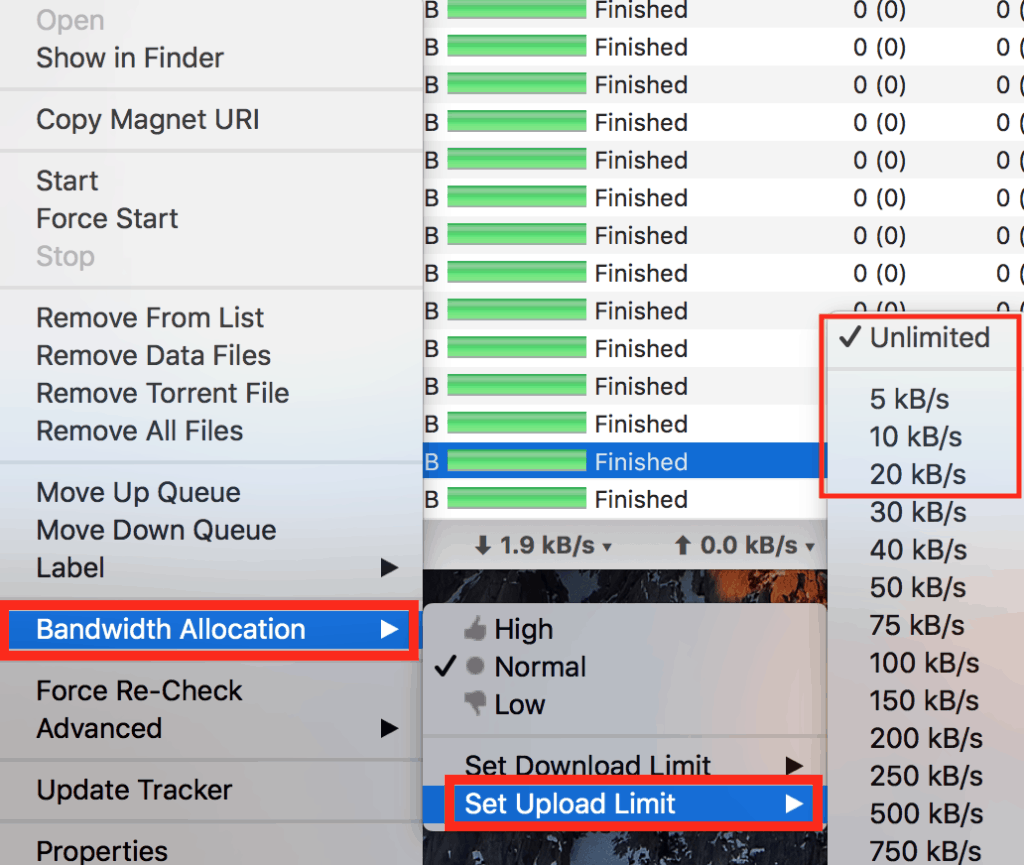 You could say that torrent clients believe that “sharing is caring” – if you download a file, you should also give back to the network.

You are a seeder when you download a torrent and upload the “packets” you have downloaded at the same time.

The original file is moved from the initial seed into smaller “packets” to other computers in a P2P network. The seeders store bits and pieces of the big file and, when it’s their turn, share that further throughout a P2P network.

That means that all the seeders together represent one big file as a whole.

Moreover, you aren’t downloading a file from one location, but instead from a number of different seeders, who are hosting the files your torrent software is requesting to download.

In return for allowing you to leech those files, the software establishes a connection between you and other leechers – so they can download the packets you’ve already completed downloading. In other words, you become a seeder.

You download small “packets” from many different seeders, who upload parts of the movie in a P2P network. Once you have completed downloading certain “packets,” your torrent software will start sharing these “packets” with other people who want to download the movie (leechers).

Note: The torrent software automatically enables uploading the file until you manually switch it off.

The question applies to two different areas. First, is the actual process of torrenting safe for your computer in terms of malware?

To begin with, the process of torrenting is pretty safe. Before downloading a torrent, I recommend reading the comments and reviews from the community.

If the comments are positive, it’s safe to say that the torrent doesn’t contain any malicious files.

In addition, many torrent websites such as The Pirate Bay rate the uploader or show a “trusted source” sign, as shown below:

Still, you should always be cautious when it comes to downloading torrents. It’s better to avoid torrent files from unknown uploaders, without any ratings or comments.

The act of torrenting itself is not illegal. However, downloading and sharing unsanctioned copyrighted material is very much illegal, and there is always a chance of getting caught by the authorities.

Torrenting non-copyrighted material is perfectly fine and is allowed, as there are no restrictions that apply to that.

In many countries, such as the U.S., governments and Internet Server Providers (ISPs) collaborate to catch people who distribute unsanctioned copyrighted material.

ISPs might not always actively search for torrenters, but your ISP could be subpoenaed by government authorities or a court order to hand over your personal information if they suspect that you’re torrenting copyrighted material. I’ll talk more about the consequences of being caught torrenting later.

Government authorities also often force ISPs to block torrent websites, but this seems to be rather ineffective because users can use VPNs to access the websites, which I’ll discuss later as well.

Can I Get Caught Torrenting?

Simply put: yes, you can most definitely get caught torrenting. 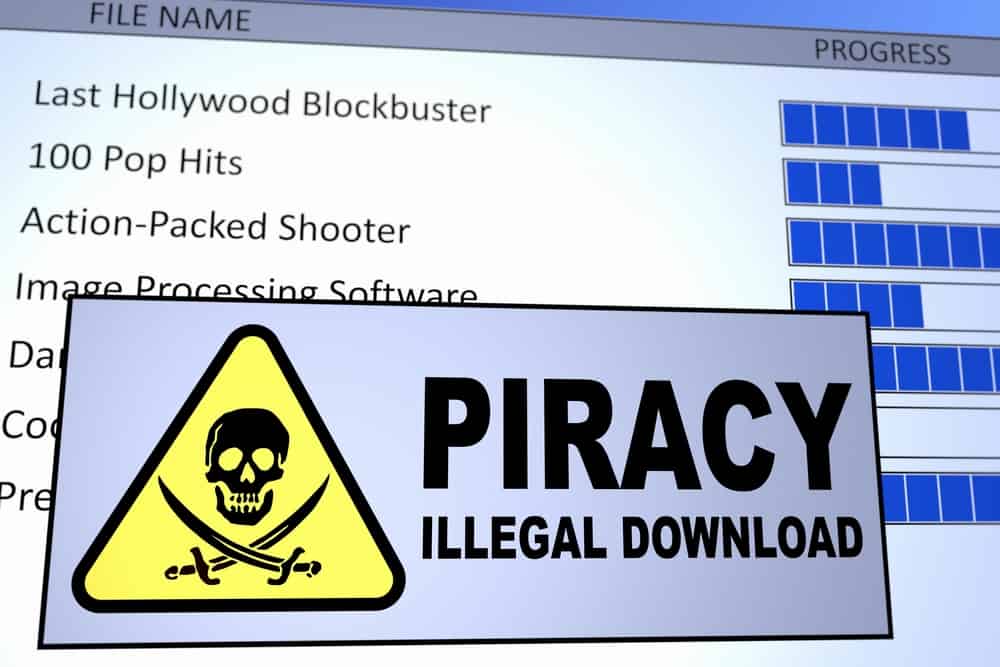 The authorities and ISPs can easily catch people who distribute copyrighted material without any privacy precautions.

The ISP can spot users who are sharing files based on their IP address. Torrenting client software stores all IP addresses of seeders and leechers as well.

By simply monitoring a torrent file, the ISP has access to all IP addresses downloading a specific torrent.

In pretty much every case, the ISP only needs an IP address to figure out who’s downloading a torrent and from where. As a result, the authorities could come knocking on your door.

Copyright trolls are individuals or companies that are in the business of going after torrent pirates. These businesses locate torrenters who illegally distribute copyrighted material based on their IP addresses.

When they successfully locate a torrent pirate, they sign a deal of approval with the copyright holders to take legal actions on their behalf against the pirate.

In some cases, Hollywood production companies hire these businesses to specifically snoop on pirates distributing their content illegally.

Copyright trolls employ “scare tactics” to frighten people who they accuse of copyright infringement by sending out threatening letters or emails.

What Are the Consequences of Getting Caught?

Typically, copyright trolls have a legal strategy in place that summons the ISP to send you an threatening email.

So, when you get caught for torrenting unsanctioned copyrighted material, you could receive a settlement offer from your ISP.

Through your ISP, the copyright troll threatens to sue you for a ridiculous sum of money, but then offer a settlement at only 2-5% of the original penalty.

Although you’re not legally obligated to pay them anything at all, copyright trolls play a numbers game and hope for a certain percentage of the infringers to accept the settlement offer.

It’s more profitable for copyright trolls to target those who accept the initial settlement because pursuing a trial in court is both time-consuming and a lengthy process.

In most cases, I would ignore the first settlement letter. However, that doesn’t mean the copyright troll can’t intensify the threat or eventually take it to court.

In most countries, such as the U.S., the legal system makes a clear distinction between torrenters who are frequently distributing copyrighted material, and torrenters who only occasionally download a file.

Furthermore, it’s also possible to receive a penalty from your ISP. For instance, your ISP could reduce your internet speed as a punishment or even threaten to hand over your personal information to the authorities or copyright trolls.

That said, there are some precautions you can take to avoid legal threats, which I’ll discuss in the next section.

How to Protect Yourself When Torrenting

Obviously, if you want to avoid ramifications, it would be best not to torrent at all. But, if you want to keep torrenting, it’s important to protect your online privacy and to stay under the radar of copyright trolls.

To be clear, I don’t condone or encourage torrenting that involves copyrighted material. You’re responsible for the potential risks and legal trouble. Still, if you’re sure you want to do so, here are a few precautions you can take to minimize your risk of getting caught.

Use a VPN for Torrenting 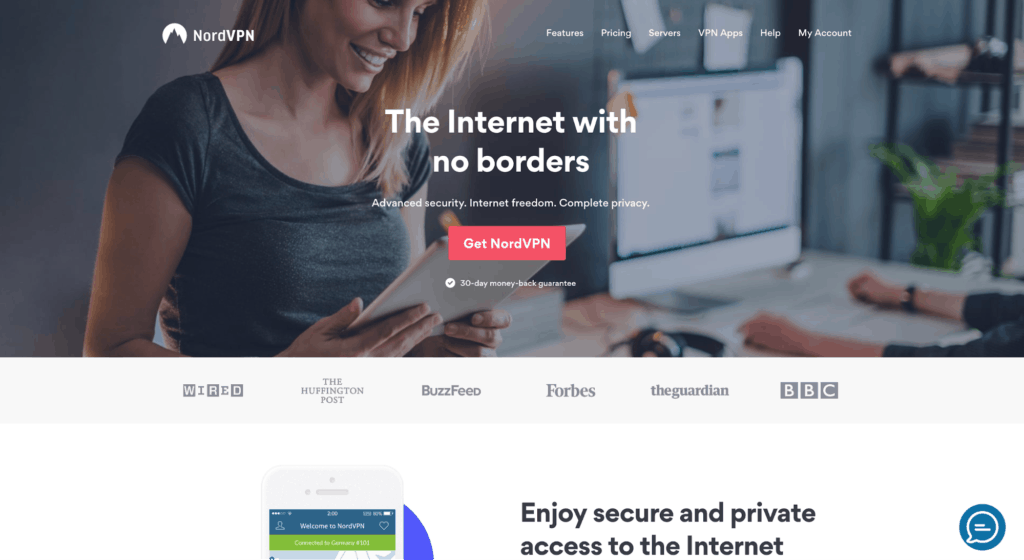 Using a Virtual Private Network (VPN) is the most effective way to protect your online privacy.

A VPN offers a solution in two ways:

Note: choose a quality VPN for high-end protection. It’s important that your VPN doesn’t keep logs of your activities.

Also, select a VPN that isn’t likely to hand over your data to the authorities. You can check out my top 5 list of the best VPNs for torrenting, my post on the best VPN for uTorrent users and this guide on why some VPNs are better for torrenting than others.

Use the Tor Network 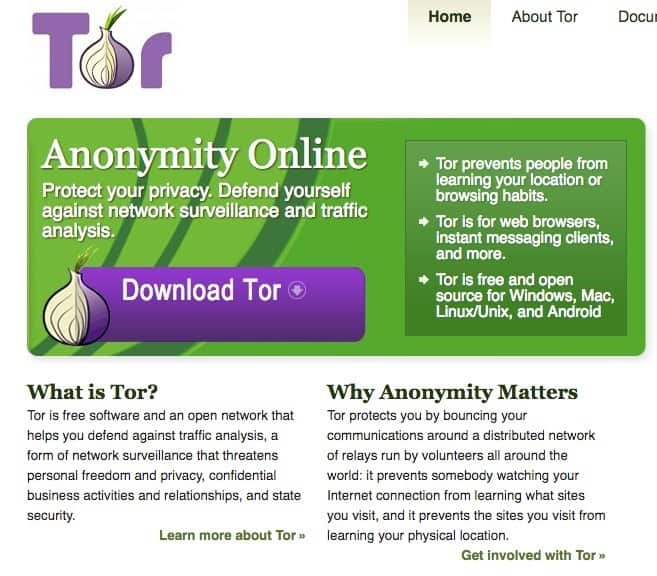 The Tor browser prevents anyone from tracking your internet connection. Tor encrypts the data multiple times via Tor relays.

Tor is a browser often used by journalists and activists in countries where internet traffic is tightly monitored. You can read more on setting up the Tor browser here.

Be a Smart Torrenter

My last recommendation is to be smart when torrenting by avoiding the latest movies, games and music. Copyright trolls are more likely to be snooping around in these torrents due to the high number of torrenters downloading the latest releases.

Many avid torrenters have made the transition from uTorrent and BitTorrent to streamed content. Some prefer “web-browser streamed” content, while others install and customize software tools, like Kodi and Plex.

Kodi and Plex are both open-source software media centers. The software allows you to stream and play all kinds of content, such as videos and music, on various devices. Unlike Netflix, Kodi and Plex both stream copyrighted content without permission from the copyright holders.

Because of this, Kodi is under a lot of legal pressure at the time of this writing, so you might have to look for an alternative in the future.

What it comes down to is this: from a legal perspective, streaming copyrighted material from a pirated source is illegal.

If you want to protect your online privacy and avoid potential legal ramifications when streaming, simply follow the precautions listed above.

Remember that your ISP and copyright trolls constantly monitor peer-to-peer networks (such as uTorrent) and may take action if they catch you torrenting copyrighted files.

At the end of the day, it’s at your own risk to torrent – be that legal or illegal.

Is the Pirate Bay Legal?

Torrenting in the U.K.: Is It Legal?

It's absolutely illegal to torrent in the U.K., and you can be fined if you torrent copyrighted content, which is why a VPN is absolutely essential if you're torrenting in the U.K., even for innocuous files.